Pretty sure Vibewire didn’t want this. So, here it is, for you, my loyal readers.

The Girl Who Came Before.

When you look after kids you end up doing things that you haven’t done for years, and you never realised you lost the ability to do. I was a pretty active kid, really, when I think about it. I didn’t like sports, but I loved climbing trees, dancing, going on hiking adventures, swinging on swings, going down slides, jumping on trampolines, doing cartwheels, doing somersaults etc. etc. etc. Also, being an actor, you spend a lot of time doing strange things, like pretending to be animals, or attempting to express nothingness through movement and all that sort of bizarre stuff. But, since I’ve been out of acting school for a while, and I’m now 27, which is ridiculously old-sounding (and must be old-being as well, because I’m not longer considered a youth by many funding bodies and programs. Pooh to you, I say), my body got creaky without me even realising.
This came to my attention today when the little one decided she wanted to somersaults. That was ok, but then she wanted me to do them too. I said I couldn’t do them. She told me (cheeky monkey) that I need to practice. As I always tell her this when she gets into a strop over the fact that she can’t do something, I decided I couldn’t get out of it now. So, I attempted to do a somersault. I was worried about my neck. I was worried about my spine. I was worried about my tailbone. The little one wouldn’t have a bar of it. ‘Practice! Practice!’ So, I ended up putting down two sofa cushions and doing somersaults on those.
It was a lot of fun once I got going. It reminded me of a yoga class I took last year, in which our teacher took us through a variety of balancing poses. She told us this was a good thing to do, because most of us (unless we are trapeze artists) always look at the world from the same perspective and along the same lines, giving us a stagnant view of things. But, through yoga and these balancing poses, we would be able to look at our world anew again. I liked that idea, and I thought it was probably an important exercise for someone who wants to be involved in the arts (it also gave me a new perspective on yoga, which I have previously found difficult to enjoy).
Anyway, the point of all this is, that looking after kids, and doing somersaults, for example, offers the same thing, this different perspective on the world. When I write it down like that it seems like a very boring and pedestrian observation. Something that I’ve spoken about many times on this blog before. I think the difference I’m trying to remark on here is that different physical perspective. I’m crawling around the ground a lot more than I have in years, I’m squeezing into tight spaces, I’m doing crazy things my body hasn’t been asked to do for many moons. Its complaining a little. Its outright refusing in some instances, but it is enjoying the change. I’ve found that if you quit worrying, and just go along with it and see what happens, generally the body will warm up to it. It might even enjoy it. It might find it a welcome change from all the boring gym work it usually gets put through.
On another side, but still related note, it does also make me wonder how much harder it would be as an ‘older’ parent. I know its something that older parents vehemently deny (that they are in any way less able or capable than their younger counterparts), and I certainly don’t want to draw huge assumptions and make sweeping statements, but I’m wrecked after 3 days with one little girl (not even both of them together), and I’m only 27. I’m not as fit and healthy as I have been, admittedly, but I’m no weakling either.
Despite my concerns that perhaps adulthood in the later 30’s, early 40’s would be, in many ways, more difficult and more exhausting, I still have no plans to have children myself any earlier than 35. My host mother told me last week she couldn’t see me without children. This does seem to be a common theme amongst most of the people who know me. Its odd that everyone else feels so certain about the fact, when I’m not convinced myself. Anyway, enough babbling. That’s my post for the day. Its not very funny or coherent, but, as I said, I’m wrecked. 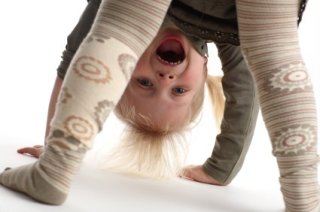 One More Day to Go

Only one more day of NYWM. Thank christ. Much as I have enjoyed it, and sometimes it has helped me to write some good posts, a lot of the time (especially recently, when I’ve been very busy), its been quite stressful. For whatever reason, maybe because I set myself a reasonably easy goal (it doesn’t require a lot of thought to do do a blog post every day, though it does take some time), I saw it through, when I’ve failed at things like Scriptfrenzy (which require a more dedicated and focused through-line on completing one script. Even though they tell us it doesn’t have to be any good, I find it difficult to keep writing a script if there are problems with the structure, characters or writing in the early parts. I do need to get over this, because it makes it very difficult to finish things and get to the second draft stage. I have a pile of scripts on my desktop in various states of unfinished-ness. I believe this is what is called ‘procrastination’) I’ve failed at. Anyway, that was a long set of brackets. Worthy of an academic article. Did you even remember what was at the beginning of the sentence by the time the brackets were closed? I didn’t. I started on the next sentence without finishing the last.
Yes, what a segue. What was I talking about? I’m wrecked. I’ve had the little one all day for the past three days because she’s finished school and its pretty exhausting. She’s come up with a neat way of getting around my excuse of ‘not being able’ to do something, which is to tell me I ‘need to practice’. She said it to me today when I couldn’t do a somersault, which is hysterical, because its what I always tell her and her sister if they throw a tantrum about not being able to do something. So, of course, I had to take my own medicine and attempt a somersault. I put down many sofa cushions before I agreed to do it though, believe you me.
Anyway, the point I was trying to make was about NYWM. I’ve enjoyed it. I’ve enjoyed posting this much, and I’m proud of how my blog looks now. I don’t know if the quality of the posts for everyone else has increased, but I’ve certainly enjoyed the month, and I like that I’ve got a very random but in someways more complete version of my experience here because of it.
I don’t know if I will keep up the daily posts into July (for one thing I’m going to be much busier with the girls and a lot more travelling, and I do have to focus on my friggin’ Melbourne Fringe and Wexford Fringe show. God, I’m having heart palpitations just thinking about it. If you want to follow the progress on that one, I’ve set up another blog – I know, I’m obsessed – which is doubling as the show website here: http://nomatterwhereyougothereyouare.blogspot.com/ ), but I hope that I can at least do some more regular posting than I had done. I do like to look at the list of blog posts for June (April looks pathetic in comparison). It gives me such a feeling of satisfaction and production.
So, thank you NYWM for a wonderful month, even if I wasn’t technically the right age to participate.

Today I was given some very vital information by my eldest charge. According to her, when it rains, its because God’s fairies are crying. This would help explain a great deal of my confusion over the weather and why Irish weather forecasters don’t seem to have a clue of what they are talking about. I mean, if they are attempting to predict the emotions of a bunch of highly volatile and sensitive supernatural beings, they’ve obviously got to be given leave to have a wider margin of error. The only thing I’ll say is that, clearly the fairies in Australia are a lot more fixed and predictable in their moods. Maybe the fairies in Ireland are all teenage girls with PMS or something.

Anyway, today, the fairies were crying especially hard. My eldest girl asked me why that was the case.

I didn’t know what to answer. Should I take it as an opportunity to teach her about the evils of global warming? Poverty? Selfishness? About the fact that she shouldn’t hit her sister?

Luckily, I hesitated so long she got bored of her initial inquiry and moved onto the next topic of conversation, which was, why did the car have to go slower as soon as we got into Bandon?

Catholicism is a lot more complicated than I at first imagined.

I had the most fun in the world this evening with the girls. I was pretending to be a vampire, and chased the girls around the house like this:

Except my cape had a pattern that looked like this: 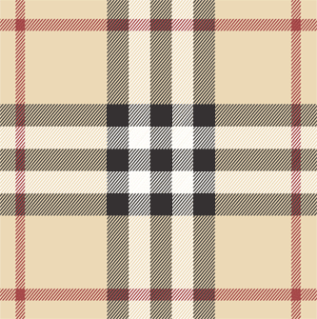 Cute Things Said by the Little One Today

I could create a whole blog just with these quotes, but today had some real corkers:

* She said to me, completely unprompted, ‘You’re my best friend’.

* Her bike has had its wheel broken for a while, and we’ve been telling her that we would ‘get the man’ to fix it, meaning the man in the bike store. This morning, when I woke up, she told me ‘Her man’ had fixed the bike.

* She informed me that her classmate, Michael, a real favourite with her, was Spiderman. And that he went ‘whoosh’ with accompanying arm movements.

* She told me to push her on the swing ‘as high as the clouds’. When I told her I wasn’t strong enough, she said ‘Try!’

* When she was pushing her bike around the house, she got tired and stopped. She sat there, looking miserable, until I asked her what was wrong. She said, ‘I need batteries, Jenny, I need batteries.’ I mimed putting batteries into her bike and she was off again. Later, when we found a plastic toy of hers that the dog had bitten the head off, she said, ‘Is broken, Jenny.’ I said, ‘Yes’. She said, ‘We need to fix it.’ I said, ‘We can’t.’ She said, ‘Batteries?’

* When we went into the supermarket, I noticed that she had a scratch down her face, and I told her the cat had scratched her. She then proceeded to tell EVERYONE in the store, down the street, in the library, that the cat had scratched her, it had really hurt, she had cried lots, the cat was very mean, and she had yelled at it and thrown it out of the house, when 15 minutes earlier she hadn’t even noticed.

* When we went to the woods this morning, she was so excited she did what I know as her ‘crazy laugh’. Its seemed very familiar and I think I finally figured out what it reminded me of. Its this:

Which she does, all the way into the woods, and then turns around, runs back to me, throws herself at my upper thighs, looks into my face and laughs like this again. Its hysterical.

oh! the places you'll go
Create a free website or blog at WordPress.com.